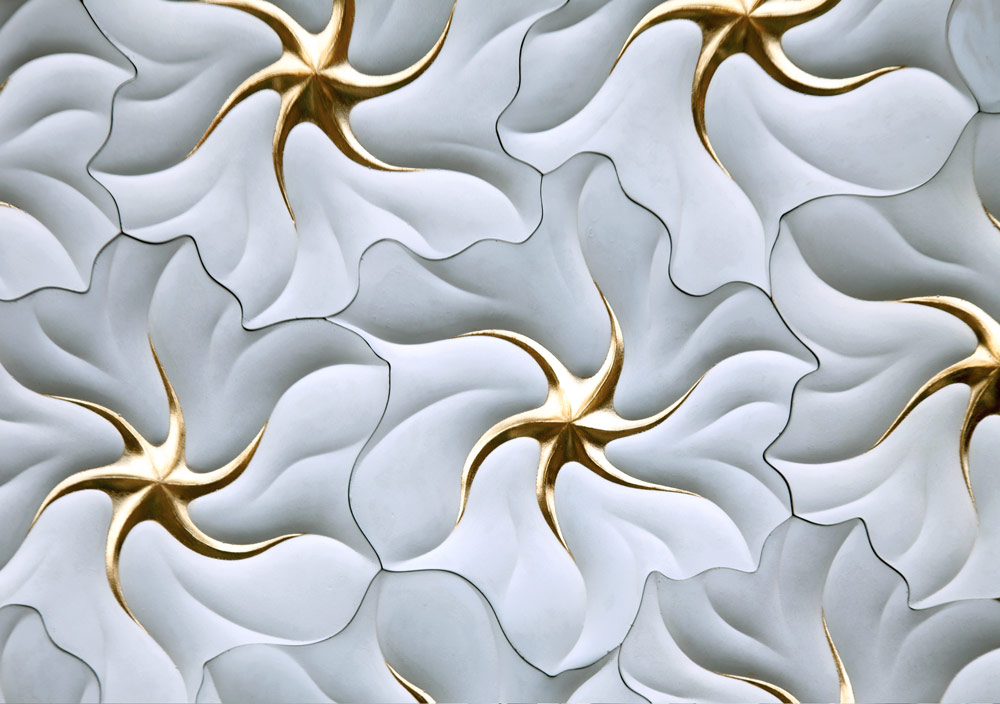 DKT Artworks are London-based specialists in the production of bespoke artwork as well as contemporary and traditional high-end interior finishes. The craftspeople at company boast a wide range of skills and specialities. The ethos of the company is to champion classical hand-produced arts and crafts with modern CAD and technical design. This mix of time-honoured skills and contemporary thinking has made them sought out by renowned designers. DKT Artworks work has featured in a range of prestigious projects installations – in residential, commercial and marine environments.

The depth of skills and knowledge that DKT Artworks has access to means that when it comes to a project the company can provide original and innovative solutions. Many international designers have retained DKT Artworks for projects. In the course of completing these projects DKT Artworks called upon their expertise to use the techniques of –

A culmination of DKT Artworks traditional skills with technical design is their modular tile system, Asagao. Named after the Japanese Morning Glory, this floral-inspired tile system boasts a unique profile that can connect together in a range of ways. Designed by DKT Artworks artist Eoin Ryan, the shapes are modular and can be rotated many different ways to create a variety of layouts. The tiles also feature a carved inner design, adding to the organic appearance of the feature.

Once approved, these hand-carved originals had moulds taken of them. These mounds were then used to cast the product in Jesmonite. This material is versatile, resistant to damage and, importantly, compatible with gilding. Once completed the gilders at DKT Artworks gild the centre details of each tile with precious gold, making it an eye-catching focal point. As each tile is hand-gilded this inner detail can be finished in a range of different colours or shades of gold, or left plain. The choice is up to the customer, allowing for a great deal of flexibility and customisation.

To see more of DKT Artworks portfolio and to see their extremely impressive client list then visit dkt.co.uk 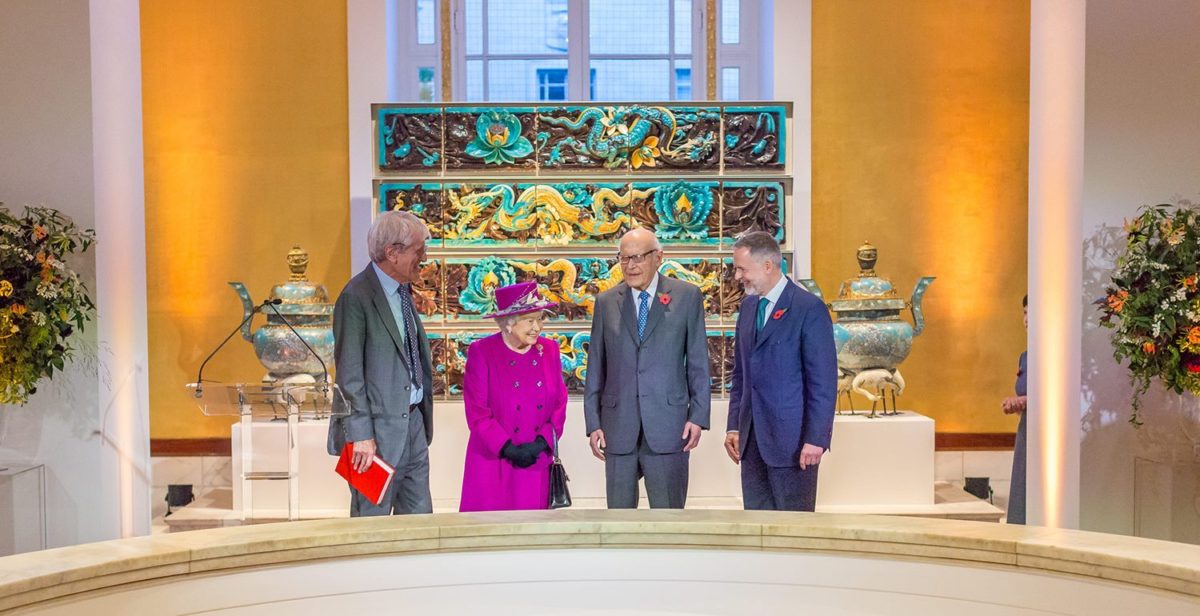 Kensington Gilders, a longtime customer of ours, have recently completed another prestigious project. The client they’ve added to their portfolio of high-profile and high-end work is none other than the British Museum. As part of their ongoing restoration and refurbishment of the Chinese and South Asia room they called upon Kensington Gilders for their gilding expertise. The goal of the project was to gild the large walls of the room to create a stunning backdrop for the exhibition of the collection of amazing antiquities.

The complex project took place over many months and presented several unique challenges. First, was matching the freshly gilded gold with the old gilding. For this project we supplied only the finest, superior quality 23.5ct gold transfer leaf manufactured in Italy. Matching gilding like this can prove a real challenge, particularly when the original gilding is old. The expertise of Kensington Gilders rose to the challenge and showed itself. They were able to meticulously select glazes and varnishes to apply over the leaf to match the new gilding to the old.

Another challenge was the ongoing works happening around them! Gilding is a precise craft and requires clean surfaces and conditions for the best effect. Dust and grime contaminating the gold size can lead to flawed, or even flaking gilding. Despite working amongst the ongoing renovation and other tradespeople making dust they were able to deliver a superb job. The key to this was the perseverance and will to succeed and deliver a perfect job  from all the members of the team at Kensington Gilders.

This project was overseen by Forcia, who were able to successfully coordinate the mammoth undertaking. The completion of the project was on time for its grand opening by Queen Elizabeth II and is now open to the public.

“I was extremely pleased with the service provided by Kensington Gilders. They worked very hard on a tricky site, under less than ideal conditions, but have left us with a superb end product. Their good humour and perseverance was extremely well received, and the dedication to their craft is evident in the high quality work that they produced.”

If you would like to see more of the magnificent work Kensington Gilders have done over the years or if you are interested in learning more about the company itself then you can visit their website at kensingtongilders.co.uk 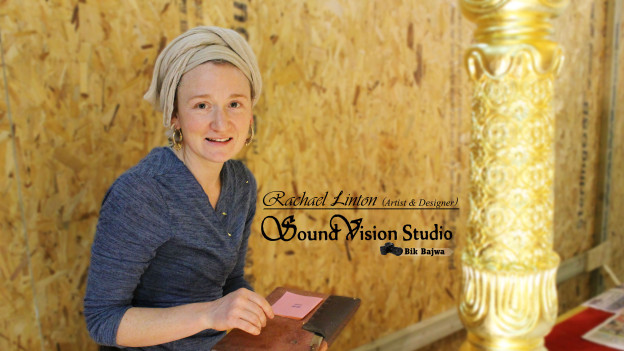 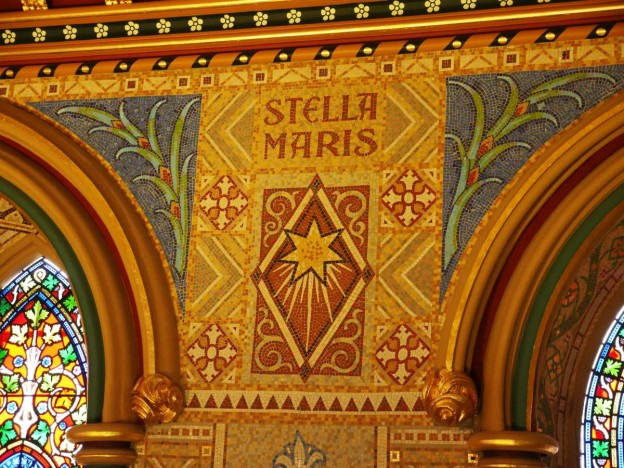 One of our customers, O’Brien Brothers, have been involved with the very prestigious restoration of St Mary’s Cathedral, Kilkenny. O’Brien Brothers have nearly a hundred years of experience in the fields of painting, decorating and restoration and have worked on both commercial and private projects. For the restoration of Kilkenny Cathedral they were involved in restoring the original decoration of the cathedral interior.

These pictures show the elaborate decoration on the ceiling of the cathedral. Due to being in continuous use for nearly two hundred years the ceilings had become blackened with soot from tallow candles. O’ Brien Brothers carefully cleaned and hand-painted the ceilings, bringing them back to their original red-brown splendour.

The ceiling also had a lot of moulded details and decorations. Each one has been gilded to a new, vibrant golden finish. All the gold used in this restoration was provided by us and quite a lot was needed to complete the whole restoration!

In addition to their decorating business O’Brien Brothers are also offering courses in marbling, graining, statue repair and painting, gilded frame repair and the restoration and repair of oil paintings. For more information on the dates of these courses, or on their other projects please visit their website at – obrienpainters.com